I want to read a string from my Arduino via Usb(Serial). I made this script but it has a problem: procedure TForm1.ApdComPort1TriggerAvail(CP: TObject; Count: Word); var msg:string; I:word; C:ansichar; begin msg:= '; for I:= 1 to count do begin C:= apdComPort1.GetChar; if C = #7 = false then begin if C in [#32.#126] then begin msg:= msg + C; end; end; end; listbox1.Items.Add(msg); msg:= '; end; The problem is that the 'count' isn't right. For example, when i send 'Backspace' this is the output: Bac kspace But on the arduino serial monitor it works fine. Does anyone know why the the 'count' isn't right and how to fix it? As Remy said, when receiving data in serial communication you may have many events triggerin for the same string. In fact each byte is an event, but drivers usually buffer the data. 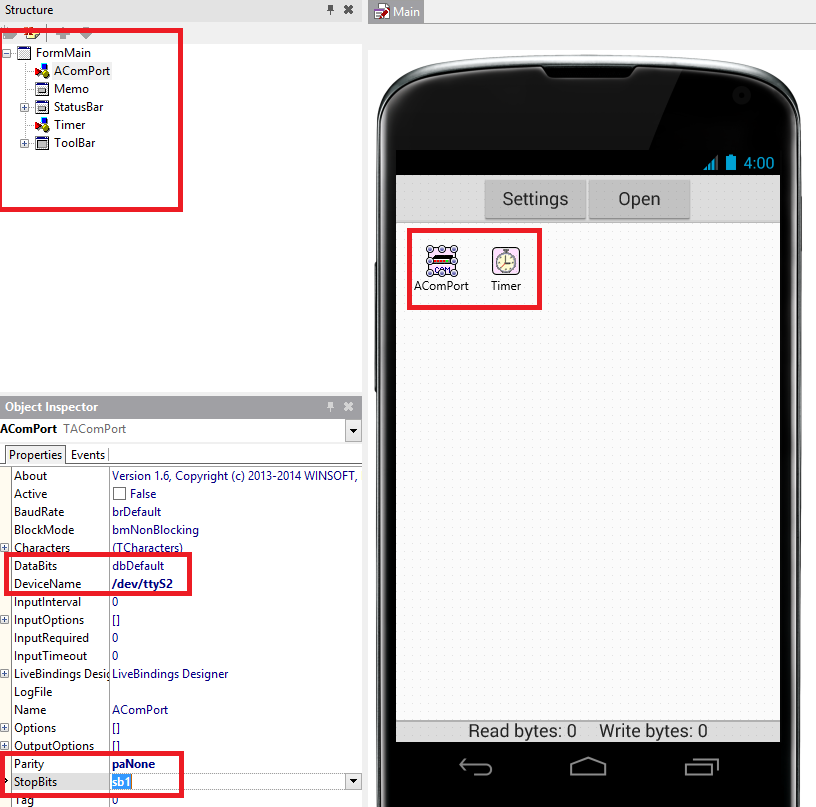 To know the end of your message you should add some char sequence at the end of this message. If you send the string from Arduino using Serial.println() instead of Serial.print(), then it will add a new line mark after the text. This way you just need to add the characters to the ListBox1.Items.Text property instead of using Add function.

You need to allow the chars #10 and #13 to make this work. Procedure TForm1.ApdComPort1TriggerAvail(CP: TObject; Count: Word); var C: AnsiChar; begin while Count >0 do begin Dec(Count); C:= apdComPort1. Change Routeros Software Id Card more. GetChar; if C in [#32.#126, #10, #13] then begin ListBox1.Items.Text:= ListBox1.Items.Text + C; end; end; end; Also, if you do it this way, you don't need to send the bell character (#7). You are assuming a 1-to-1 relationship between the complete data and the event. There is no such guarantee.

Return Man 6 Linebacker Position more. It may take multiple events to receive the complete data. The event is simply reporting that there is some data available at that moment. In your example, you likely received an event for 3 characters, and then received a second event for the remaining 6 characters. You called Add() twice, once for each portion of data, rather than once for the complete data. As such, you have to analyze the data you are receiving, caching it as needed between events, and then call Add() only when you have complete data to display. For example: var msg: string; procedure TForm1.ApdComPort1TriggerAvail(CP: TObject; Count: Word); var I: Word; C: AnsiChar; begin for I:= 1 to Count do begin C:= apdComPort1.GetChar; if C #7 then begin if C in [#32.#126] then begin msg:= msg + C; end; end else begin ListBox1.Items.Add(msg); msg:= '; end; end; end.