An Xbox Live Arcade title, playable only for the Xbox 360. Marble Blast Ultra is an online multiplayer arcade action game, expanding on the original to take advantage of the Xbox 360 system. Suitable for players of any age, the game takes place in a futuristic 'astrolab' arena suspended high in the clouds where players compete against each other by navigating their marbles through moving platforms and dangerous hazards, while collecting rare gems and power-up enhancements, in an effort to complete each course in record time. To add to the fun, players will compete head to head in ultra blast multiplayer mode where racing to collect gems will combine with full on marble bashing action to see who ultimately wins all the marbles. 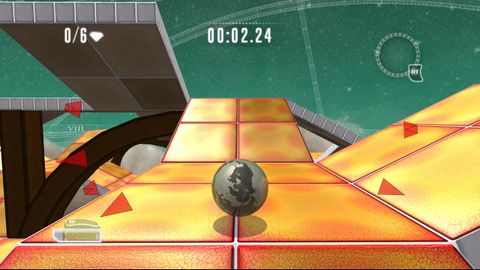