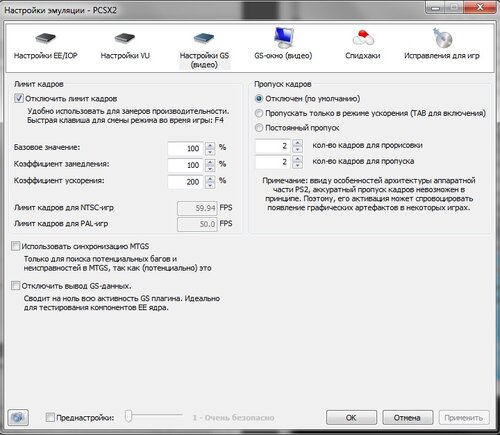 Changelog for v1. Drivers Camileo Hd. 95: • Fixed alpha blending for the hacked OSD. • The FMCB version number can now be accessed through the%VER% variable in FREEMCB.CNF, for the top and bottom delimiters. • Updated for use with the latest PS2SDK. • Updated to build with the new PS2SDK, for stability. This includes the use of the new USB modules. • Changed all KELF/KIRX files to type 01 (Update files), for compatibility with Debugstation consoles.

• Changed PSX updater module to be loaded from a memory card instead. • DVD video disc sector reading is now enabled by loading a dummy DVD player-flagged KIRX from a memory card. • Cleaned up sources and corrected (non-critical, disassembly-related) mistakes in the v1.00 and v1.01 kernel patches. • Added FSCK tool for FHDB.

• Removed HDD support for the PSX, allowing FMCB to boot on a PSX that has lost its HDD unit. Changelog for v0.97: • Updated to be compilable with the latest PS2SDK revision. • Compiled with the latest PS2SDK revision for stability. • Updated to support FMCB v1.95. • Enlarged output buffers for S-commands within SECRMAN to 16-bytes, as CDVDMAN can assume that these output buffers are 16-bytes long.

• Added support for DEX units. • Revamped the GUI. • HDD unit will only be shut off if HDD support is disabled.

• Changed fonts to the Google Noto fonts. • Added warning messages for users of unsupported consoles (ROM v2.30) and for users with HDDs that need maintenance/replacement (for FHDB). 2016/01/06 re-release:Fixed language support and ESR support, and added a warning against the use of multi-installations. 2016/01/07 re-release:Added support to install FMCB for the PSX with a PS2, and a free space check for the HDD unit. UPDATE: the exploit has been released It appears there is a 'new release' but yet so 'old release' coming to the PS4, A couple months ago we seen Team FailOverflow released basically the breadcrumbs to exploit v4.05 firmware Since that time developer has been on a mission to put the pieces together for a workable jailbreak on the PS4 (4.05 firmware)., So far the developer has made great work and confirmed just minutes ago on his twitter that the Exploit Works, WebKit is Stable & Games are Launching. Several days ago it was rumored a release would be upcoming very soon in the coming days and that appears to be the case here at any moment.

However I am not very excited about this release and i think it has a bit to much hype considering it does not fix many issues that v1.76 presented. This exploit was released WAY TO LATE to be an effective exploit for the PS4. I am not suggesting this exploit is useless or not of any value or the work around it,The fact is, this is very useful but more towards the development side of the community and not very useful to most end-user's as 4.05 firmware is a blast from the past. They came way to late with the exploit's release and i think the fact that Team Fail0verflow released the breadcrumbs in the first place shows this is an exploit that won't be very well supported like an exploit that occurs on a firmware of that time​ •.

PC Link now has an OPEN BETA, after being exclusive to the devs ( Arkanite) patreon user's the developer has not released version 0.8b opening it up to the public. This project for the VITA / PSTV will connect your HENkaku/Enso powered device to your PC. With a PC App and a VPK you can now stream and play your games from your PC on your PS Vita / PlayStation TV. This is still in the BETA stage and there is some Audio issues that need to be resolved. Public details are a bit light on this release, i have added various details from Arkanite Patreon page below​ •.

The RetroArch emulation project continues to evolve, now progressing to version 1.7 across most supported platforms. This includes updates for the PS3, PSP & VITA/PSTV with various changes across each port. Looking at the PS3 port there has been some new changes and fixes that included a much improved font rendering, Now HTTP request are working which allows for some features such as Downloads & Core Updater to now be utilized on the PS3 Port & a ton of new changes and fixes.

The PSP port seen a number of fixes and improvements, the first task was to get this port working again and a fix to content loading has made the port usable, then also the audio syncing issues have now been resolved. Also 64MB can now be used when avaiable and to round out the PSP changes and to segue in the VITA/PSTV changes the PSP port can now be used on Vita's Adrenaline and also for PS Vita / PlayStation TV you can now enjoy improved installation times and improved packaging of the homebrew: Checkout all the misc. Changes and changes to other ports in the full RetroArch v1.7 Changelog ​. Free Memory Card Boot (FMCB) Updated 2016/05/21: v0.971 (FMCB v1.951) released. Changelog for FMCB v1.951 • Fixed USB device support; added 2s delay to the boot process + 10s timeout to the FMCB core.